Host your event in Ordway spaces

The Ordway’s unique spaces provide a wide range of event venue options. Surround yourself with stunning architecture, vibrant views of Rice Park and downtown Saint Paul, and a lively atmosphere that will provide your guests with a one-of-a-kind experience that they won’t forget.

If you wish to inquire about a facility rental, please email facilityrentals@ordway.org and include the following information:

1. A brief event description 2. Estimated attendance 3. A date or date range you are interested in inquiring about

Inquire about an Ordway facility rental

The Knight Foundation Cultural Opportunity Fund provides artists and organizations the opportunity to receive a partial or full subsidy towards renting the Ordway’s Concert Hall. 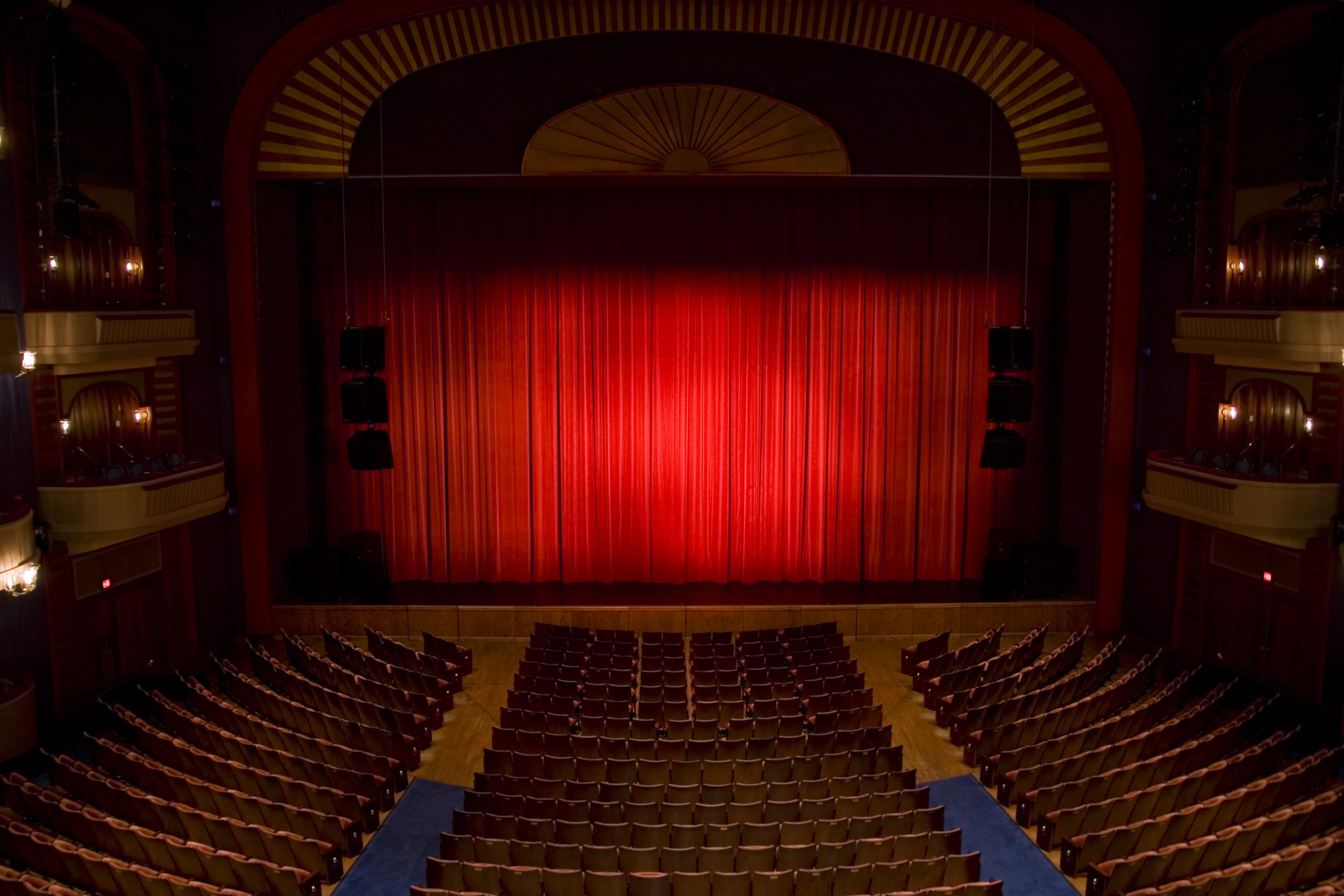 The Ordway Concert Hall is a state-of-the-art performance and recording venue that was brought to life by the Ordway’s principal resident organizations: Ordway Center for the Performing Arts, Minnesota Opera, The Saint Paul Chamber Orchestra, and The Schubert Club.

The world-class Concert Hall was designed specifically for the presentation of acoustic and electro-acoustic music in a beautifully intimate setting. The space creates a visceral and direct connection – an artistic conversation – between the audience and the artists with no seat more than 90 feet from the stage.

Groundbreaking for the Concert Hall took place in Spring 2013 to replace the 300-seat McKnight Theatre. The new space officially opened on March 1, 2015.

The 1,100-seat state-of-the-art facility is a “shoebox” style concert hall where there is no separation between the performance platform and the audience. Acoustic dampening curtains can be drawn to enhance percussive or amplified programming. Reverberation time of the Concert Hall has been designed to showcase small ensembles, especially The Saint Paul Chamber Orchestra.

One of the most innovative features of the Concert Hall is a spectacular sweeping ceiling made of 14.7 linear miles of mahogany-stained oak dowels of varying diameters, which ensures vivid acoustical resonance, warmth, and reverberation specifically designed for the sounds of natural instruments. While the ceiling adds drama and essential acoustic clarity, it is also practical as it masks the catwalk structures that support the lighting, sound and rigging infrastructures, as well as the dampening curtain systems.

More than 1,100 glass fiber reinforced gypsum (GFRG) acoustic panels – each weighing more than 200 pounds – have been precisely hung on carefully prepared plaster walls to optimize sound. Each of the panels – there are 10 designs – was specifically created for its acoustic properties by Tim Carl, in close consultation with acoustic consultant Paul Scarbrough of Akustiks.

While the Concert Hall will boast superior acoustics, it will also set a new standard for silence. There is a 22-inch wall between the hall and West 5th Street and the double-slab roof system also keeps out exterior noise. Inside, to achieve this level of quiet, movable parts have been minimized with fixed, non-reclining chairs and the elimination of heating and cooling blowers, motors and fans.

The Concert Hall is perfectly suited to classical and popular music, family events, lectures and small corporate events. Equipped with a full service recording facility and a digital infrastructure, it can also be used as a remote recording site or a live recording studio. 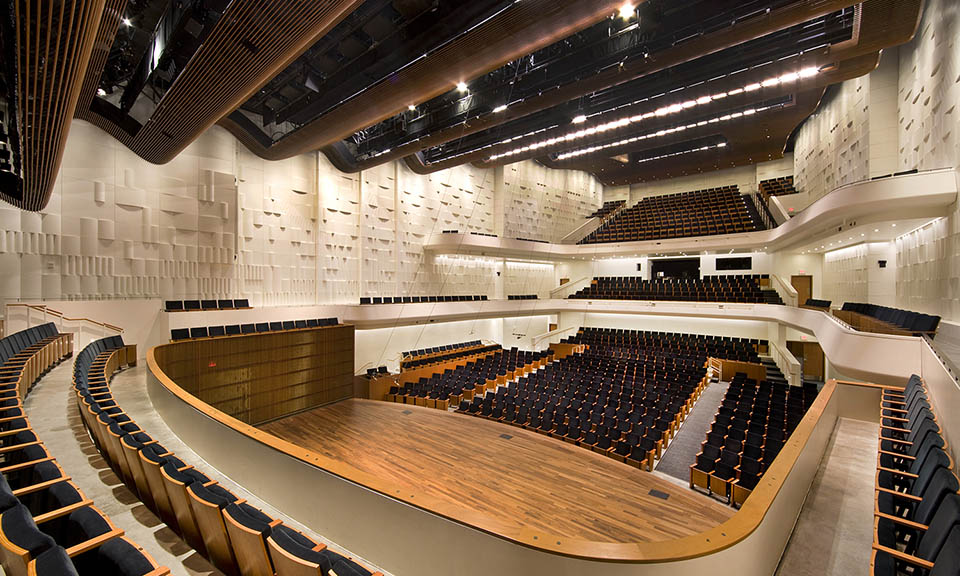 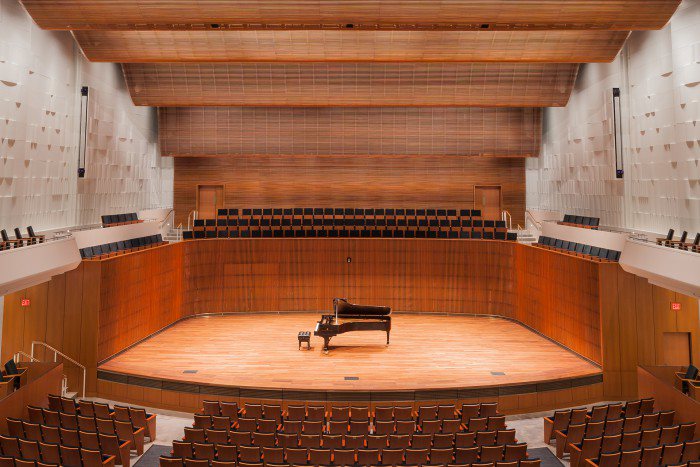 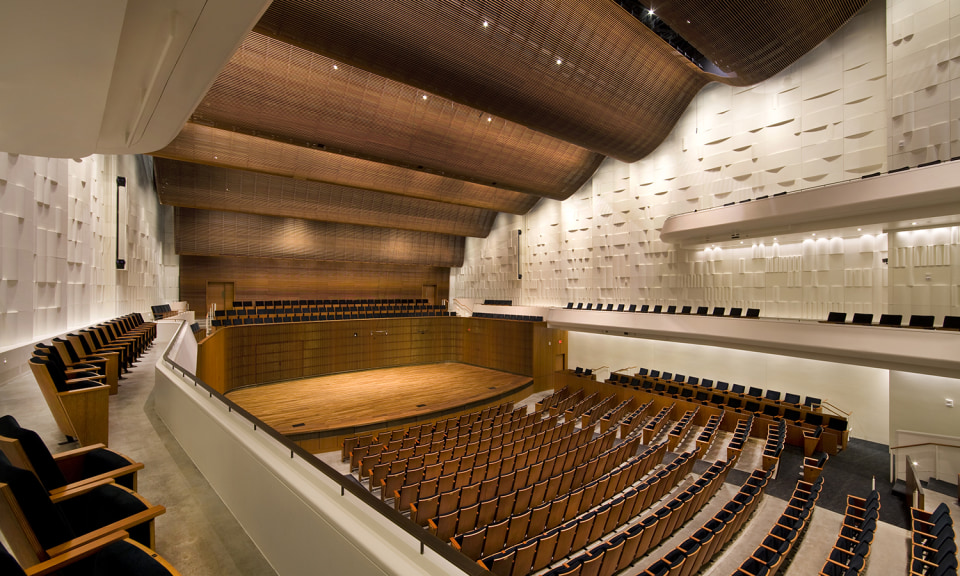 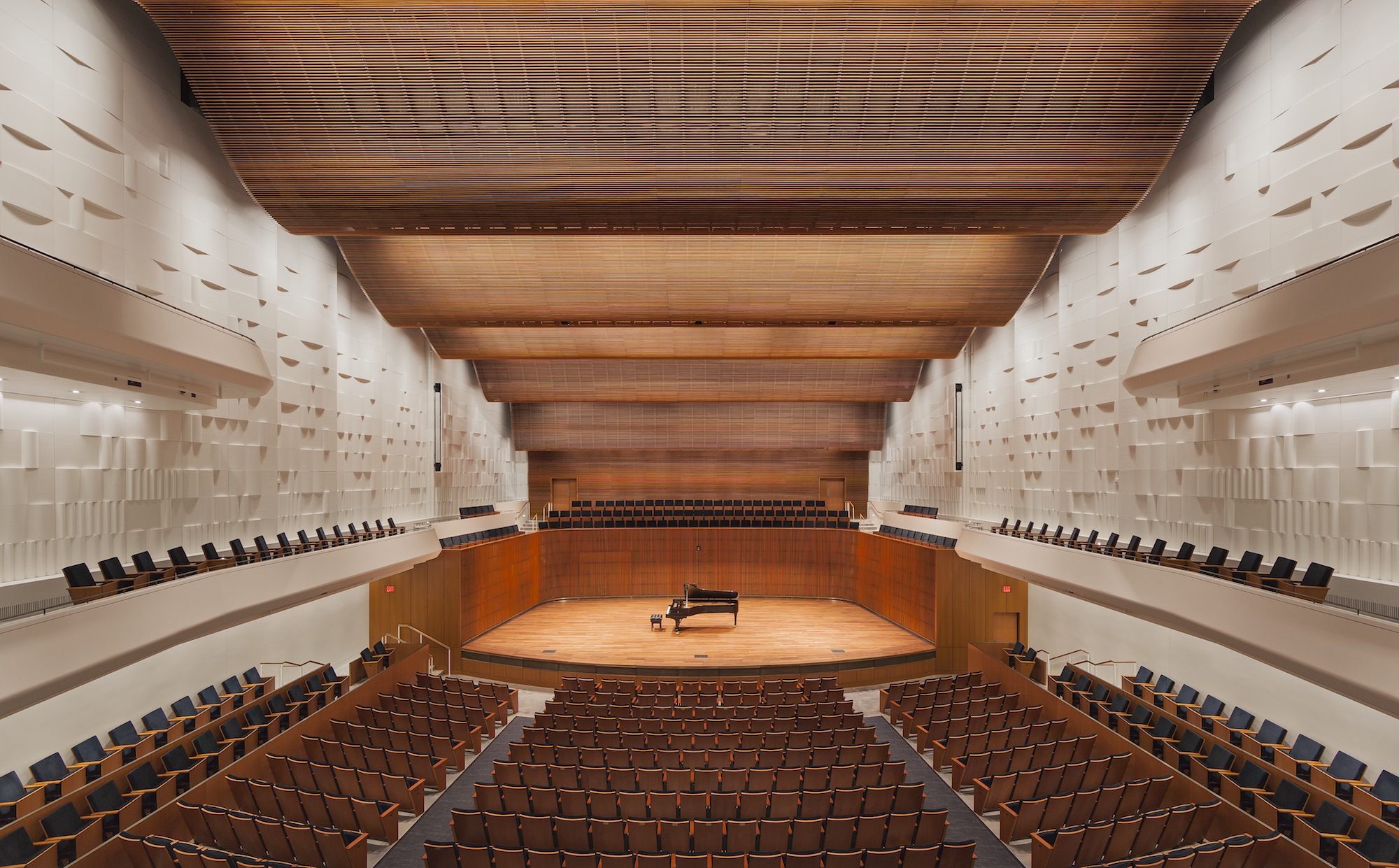 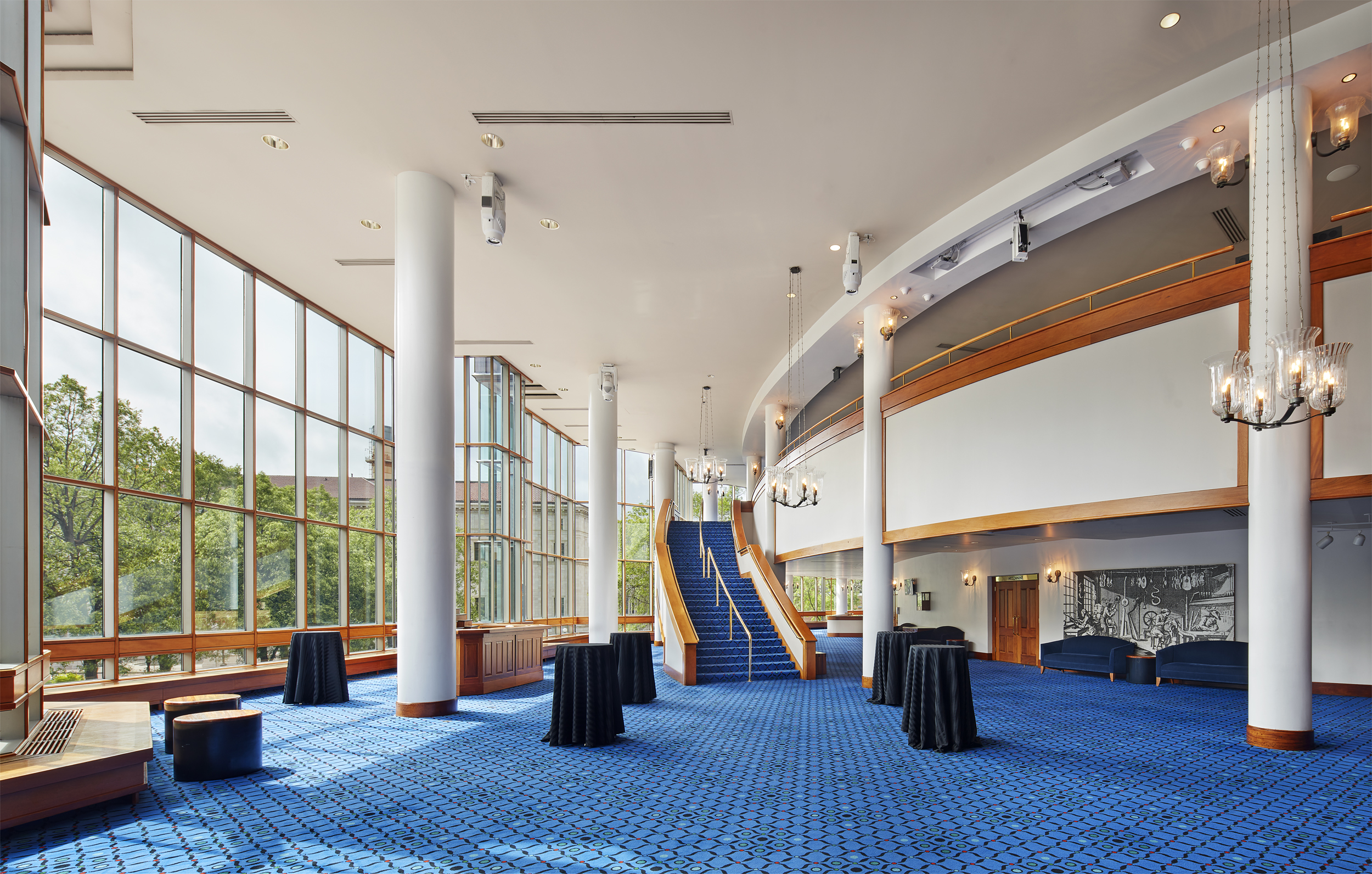 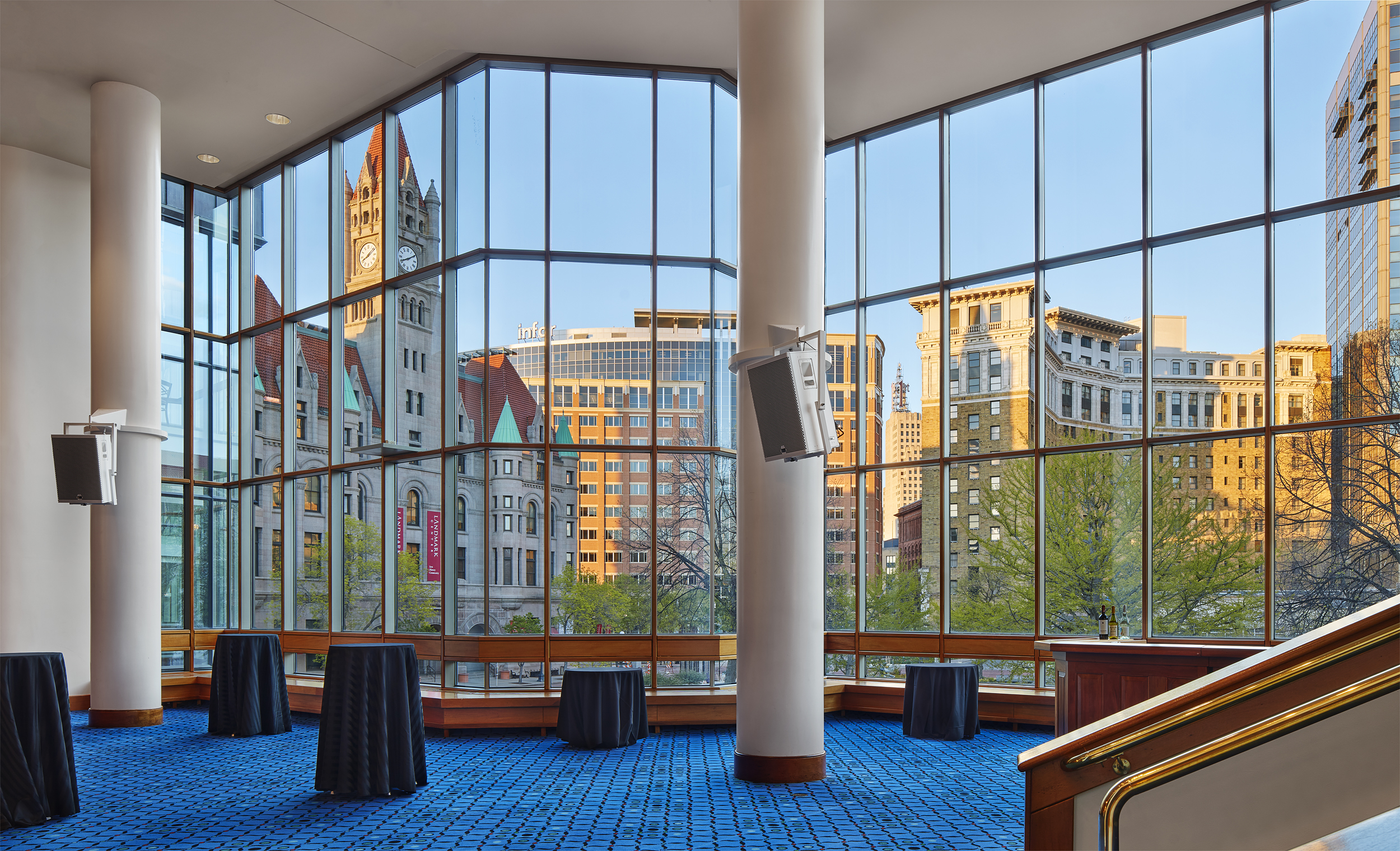 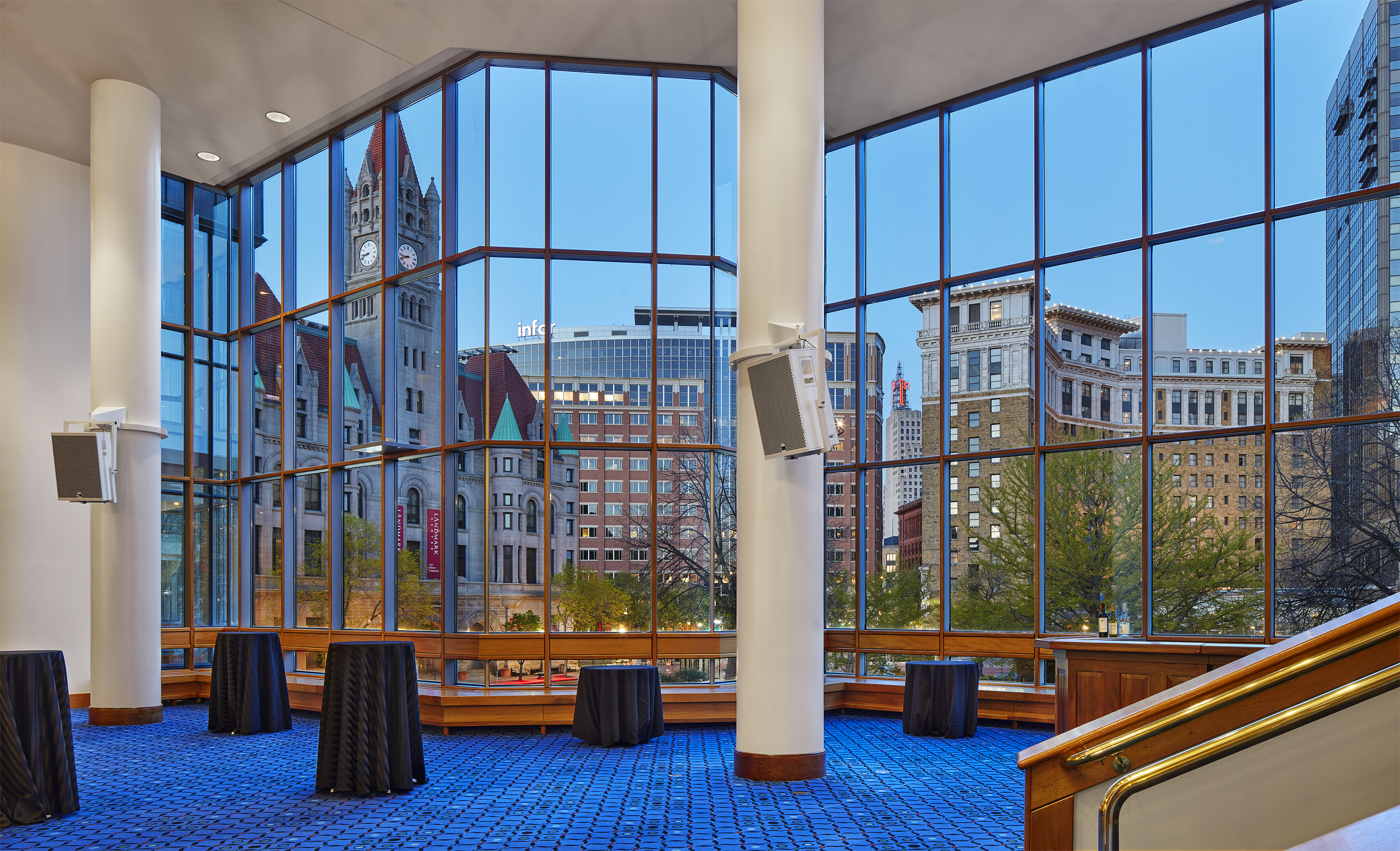 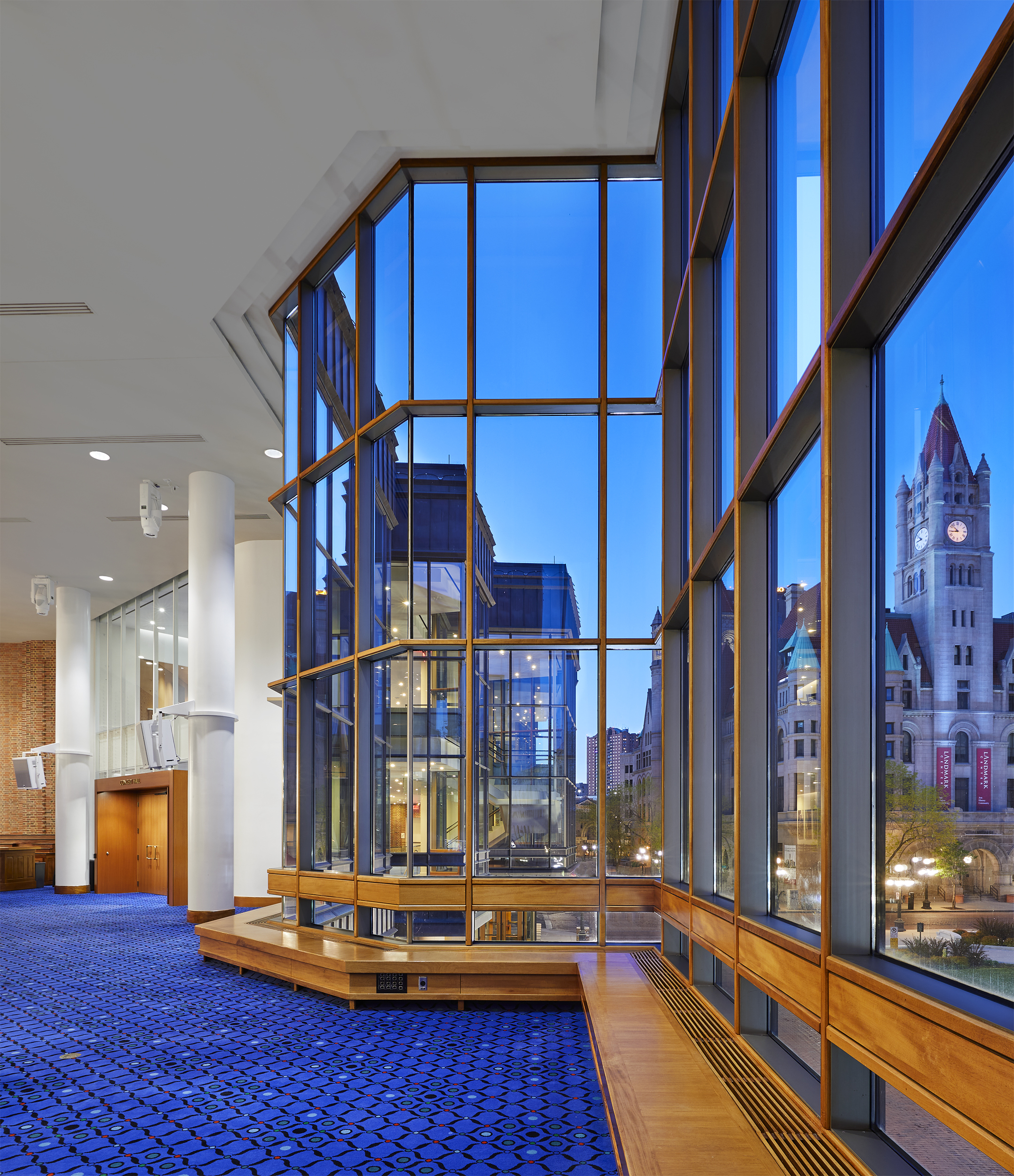 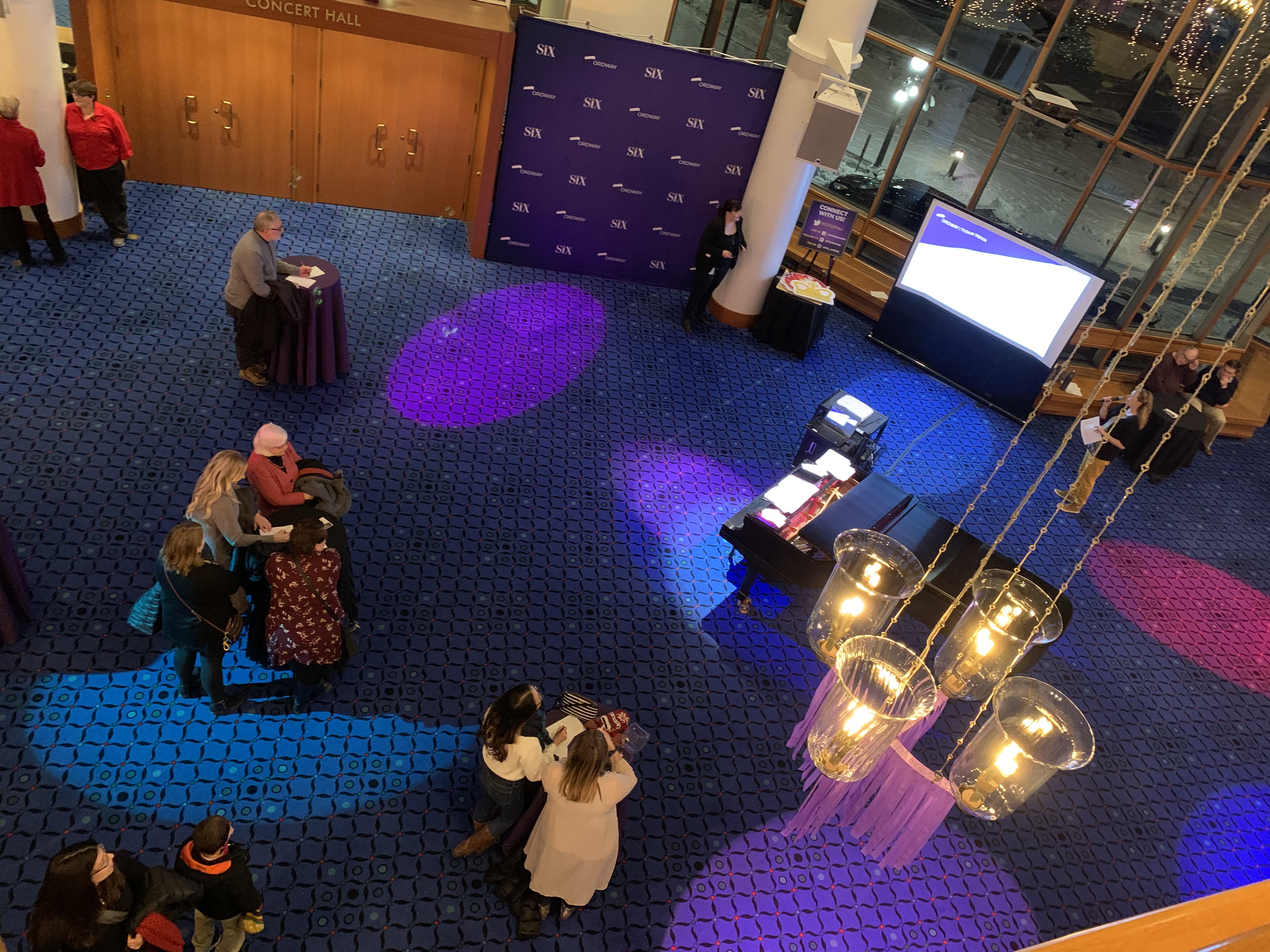 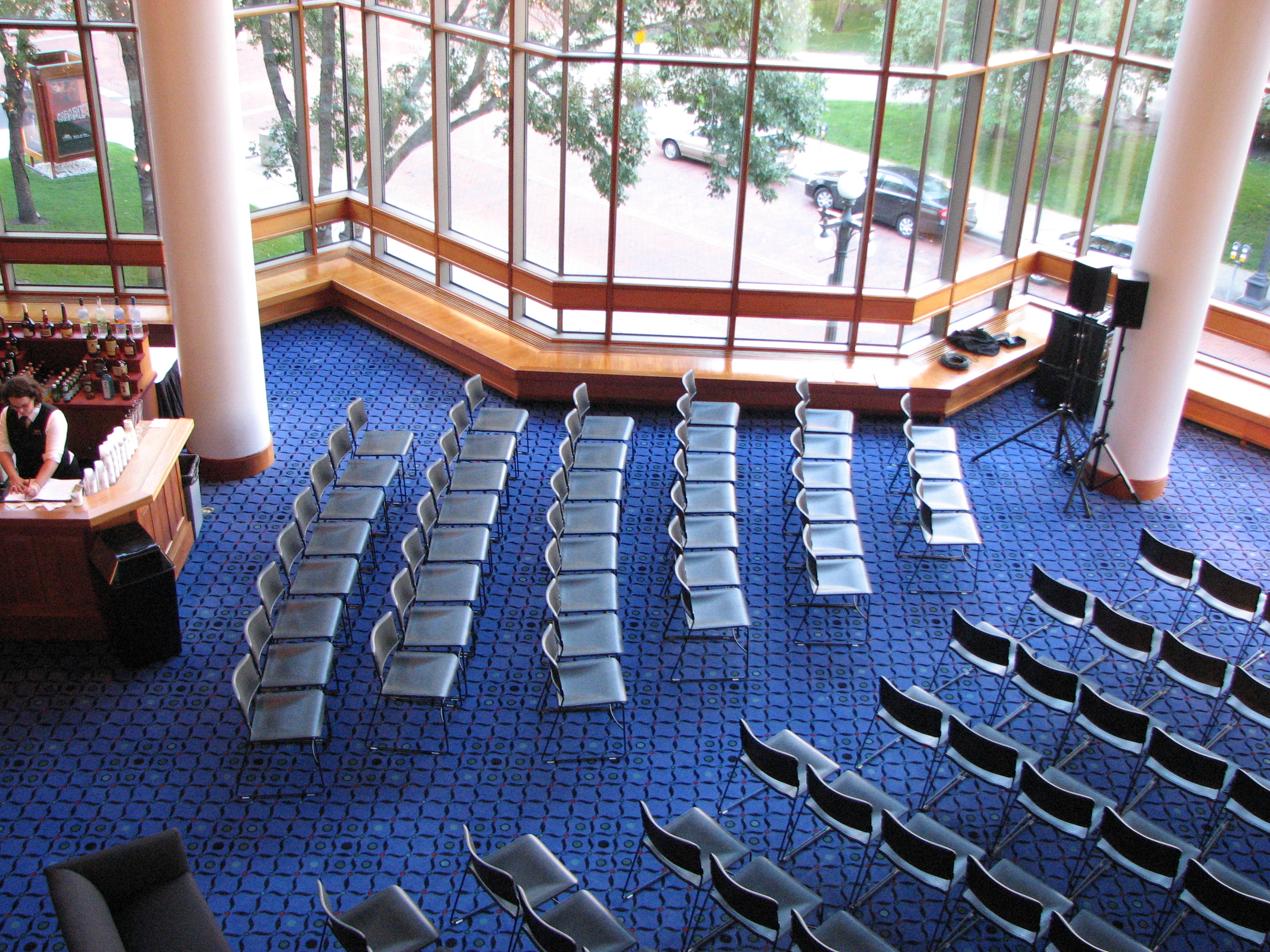 Perfect for social gatherings up to: 100 people 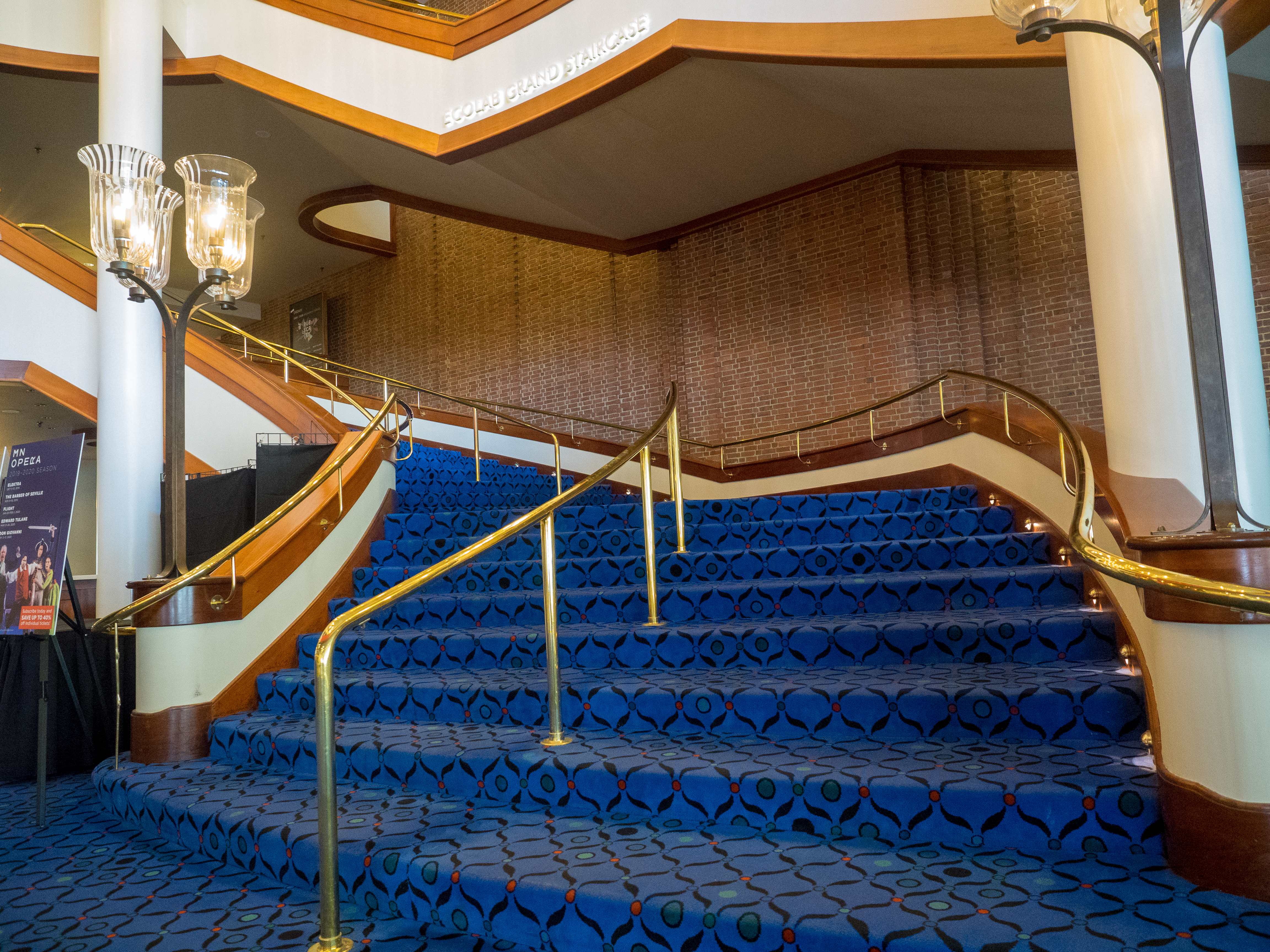 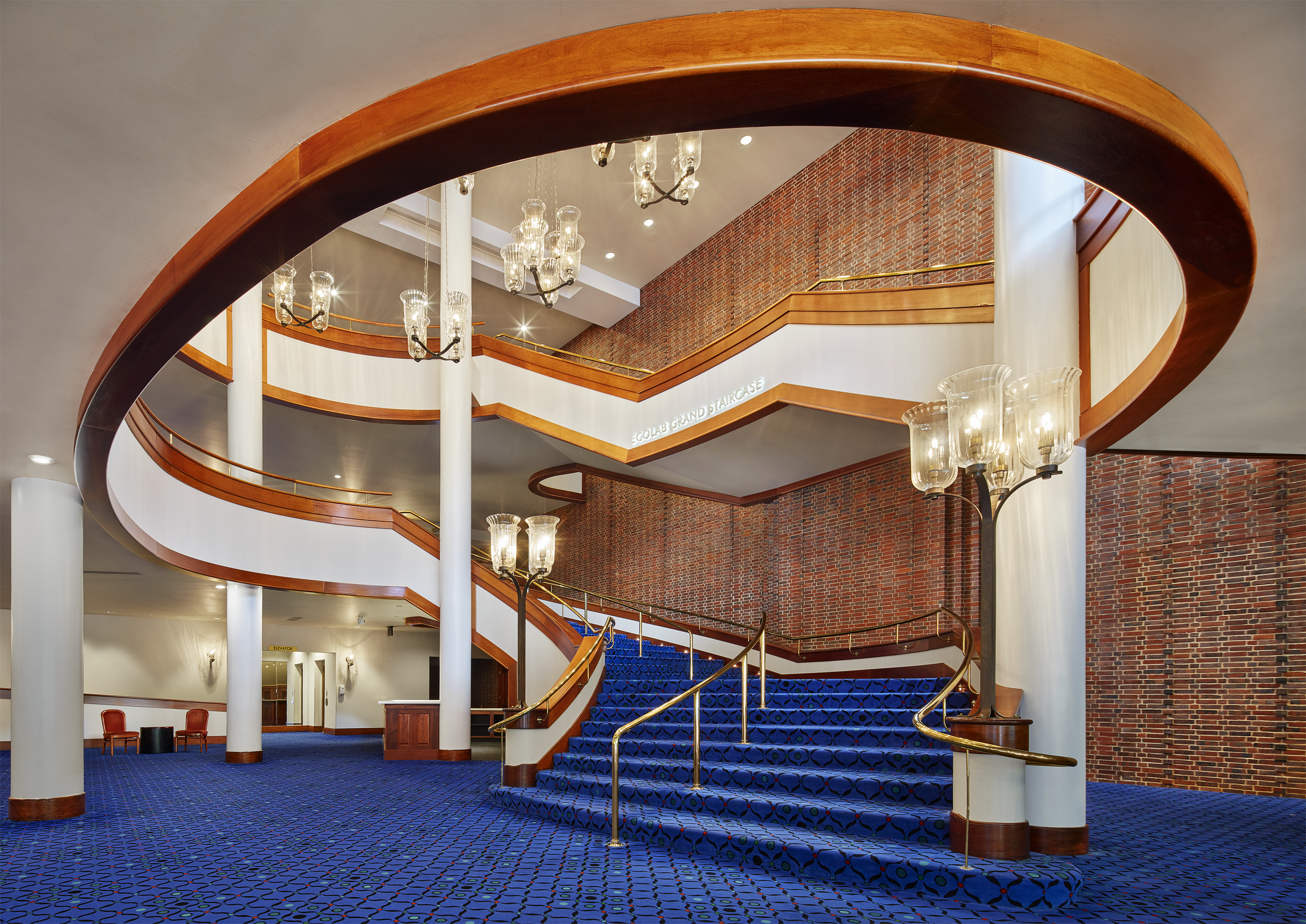 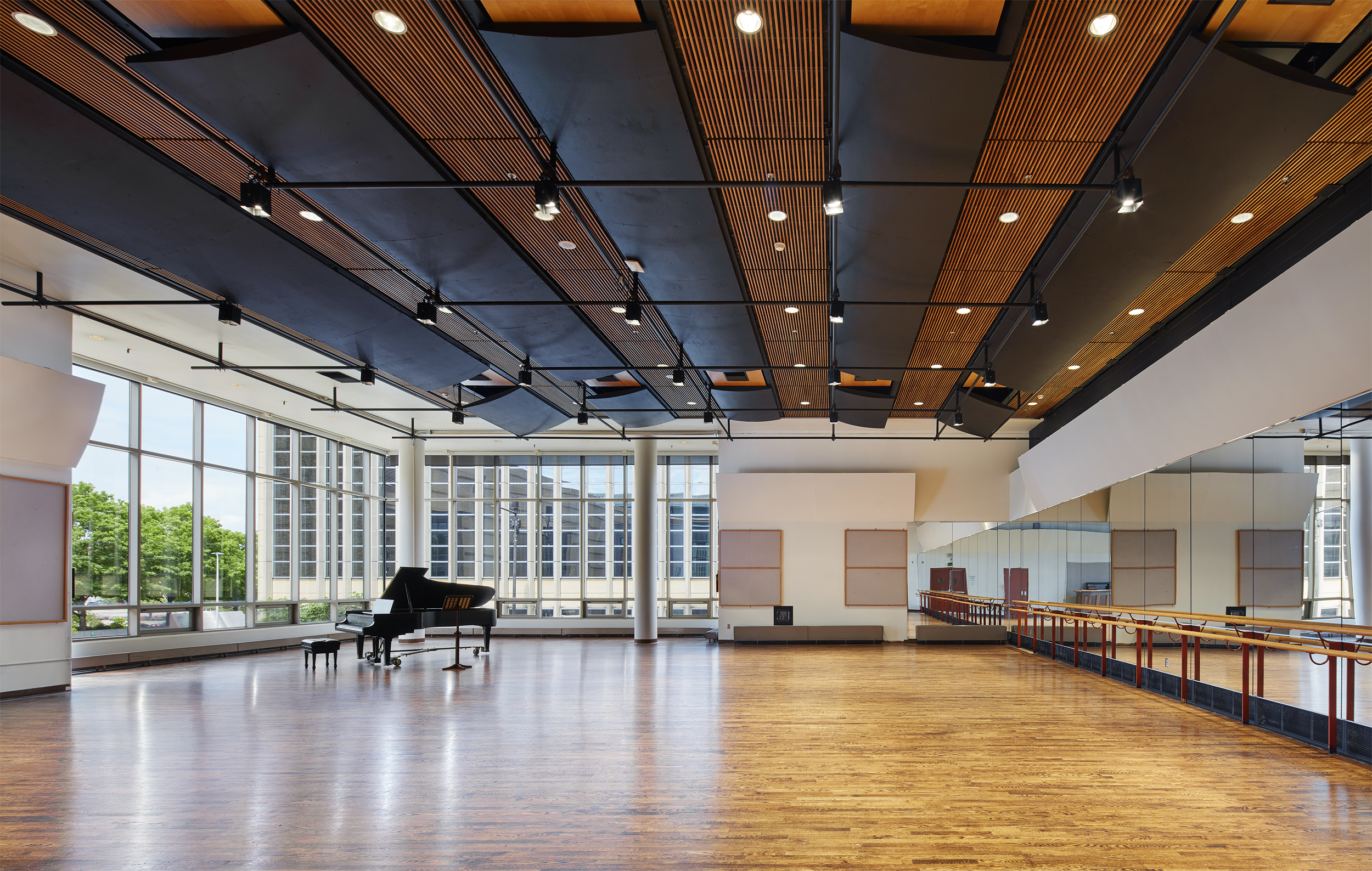 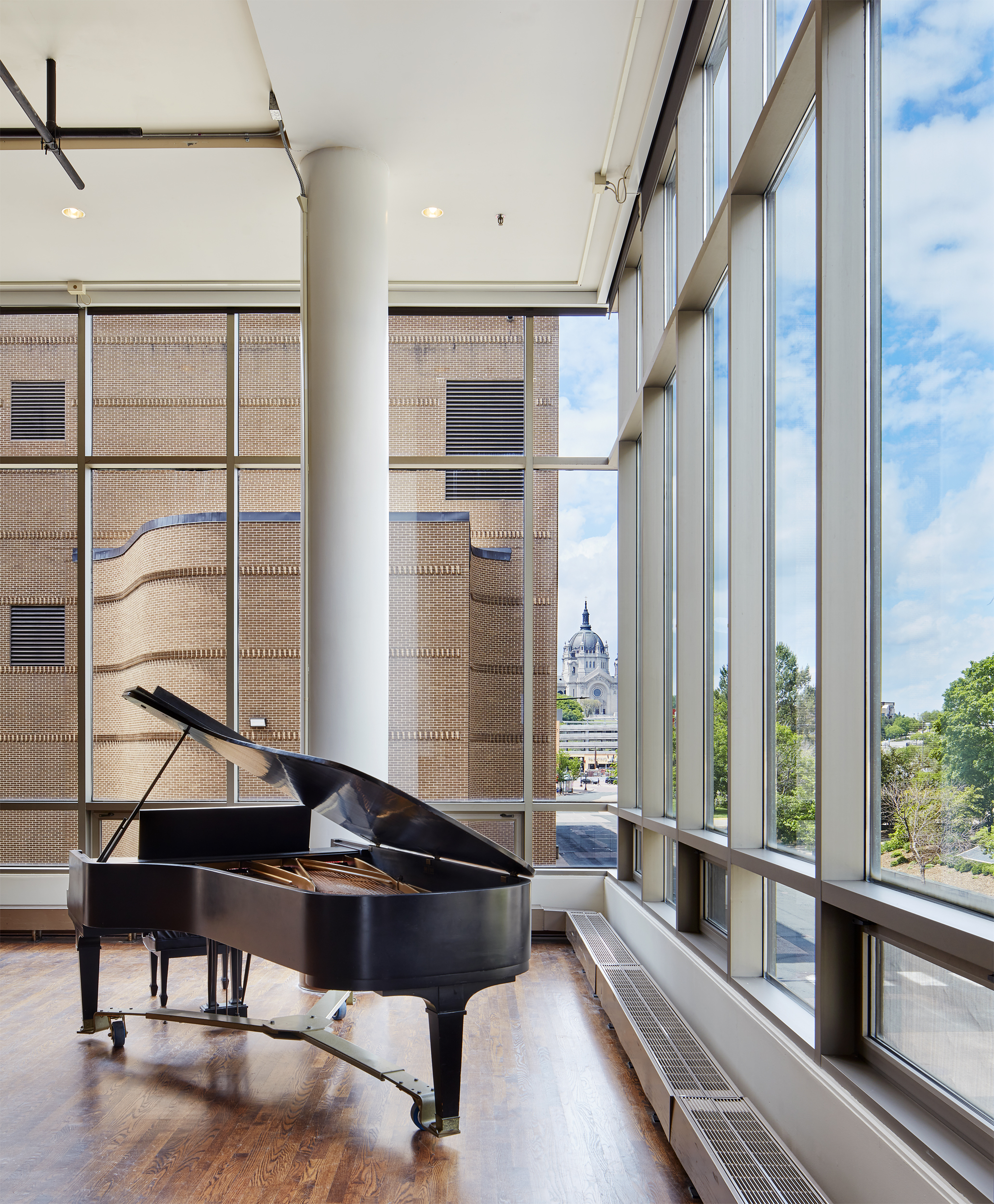 For social events: 40 For seated banquets: 24 For seated lectures: 30 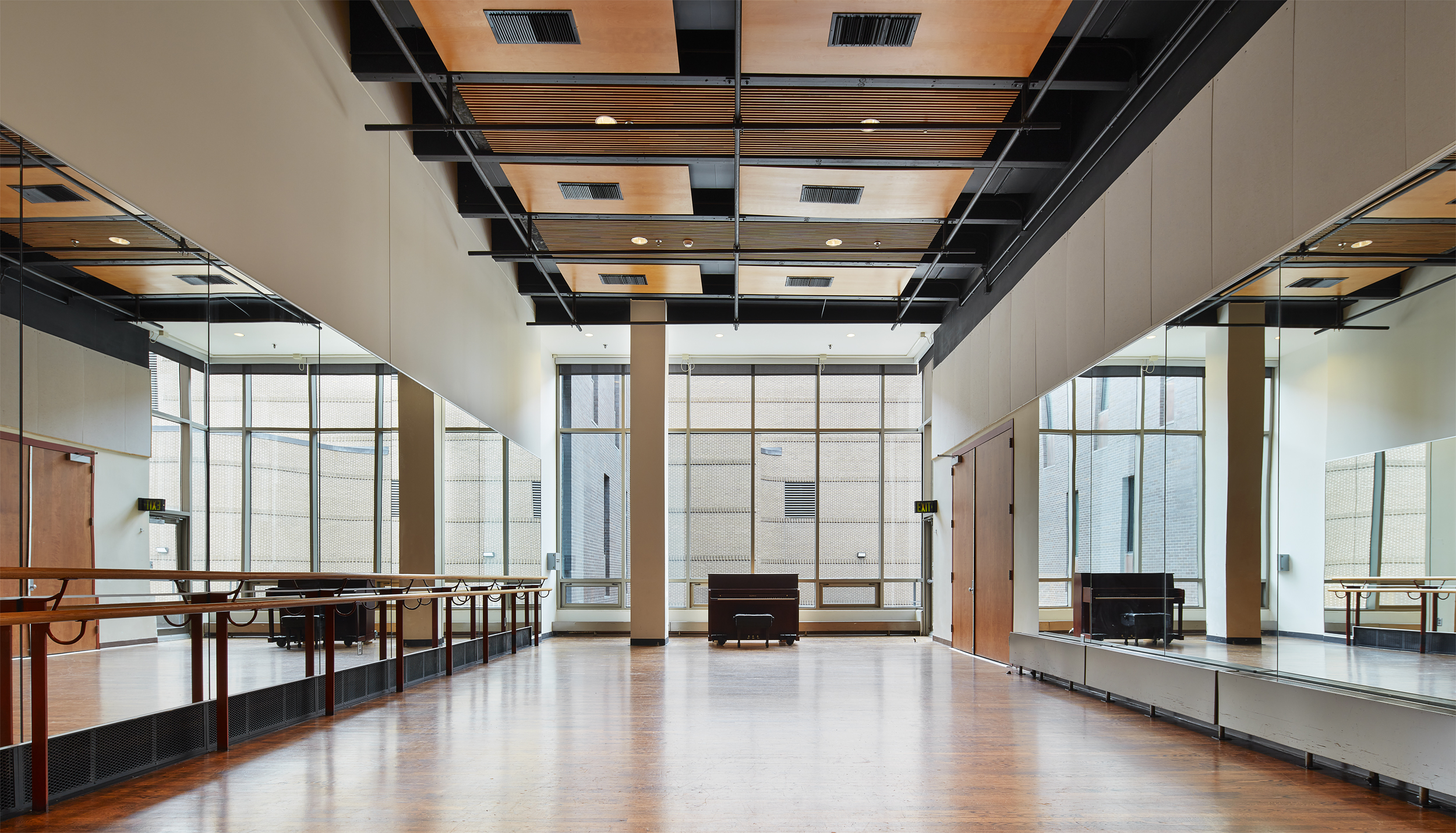