An educational project designed to engage the community

In 2020, the Ordway premiered special film Visionaries Who Matter For Such A Time As This: A Sally Awards Special Presentation. Under the executive production of Robin Hickman-Winfield, Ordway Organizational Strategist and Taking Our Place Centerstage co-founder, the film recognizes Black male artists whose work addressing social and racial injustice is making an impact in Minnesota.

Now, Hickman-Winfield leads a collaboration with SoulTouch Productions, In Black Ink, and the Ordway to celebrate the work of these visionary artists and foster dialogue around the themes featured in their art.

Together with In Black Ink, the Ordway will offer the Visionaries Who Matter film as a virtual field trip to educators, accompanied by curriculum and study guides created to enhance the experience for students.

To foster dialogue around the film, the Ordway will also partner with In Black Ink to curate a series of community panel discussions that will foster a deeper appreciation for—or an introduction to—the work of the visionary artists featured in Visionaries Who Matter.

Some of the most profound artistic work and meaningful community contributions have emerged from these men, right here in Minnesota. We hope to present a soul-touching gift that will keep on giving.

Visionaries Who Matter: The Film

For 27 years, the Ordway annually honored members of Minnesota’s artistic community with Sally Awards, which recognize and celebrate the contributions and accomplishments of artists, educators, volunteers, philanthropists, and leaders who strengthen and enrich our state with their commitment to the arts. In 2020, we were unable to gather in person—but felt the celebration of the arts was more vital to the health of our community than ever before. So in December of 2020, the Ordway created this film to reintroduce the work of Black men, past Sally Award recipients, whose artistry has made an impact locally, across the country, and around the world.

In a special presentation narrated by Minnesota Public Radio President Duchesne Drew, we highlight the work of three artists whose commitment to racial and social justice and healing has been further inspired by recent events. We honor Lou Bellamy, 1994 Sally Award Winner and Founder and Artistic Director Emeritus of Penumbra Theatre Company; Gary Hines, 2004 Sally Award Winner and Music Director and Producer of the three-time Grammy Award-winning Sounds of Blackness; and Seitu Jones, 2005 Sally Award Winner and multi-disciplinary public artist and Co-Founder of Frogtown Farm. 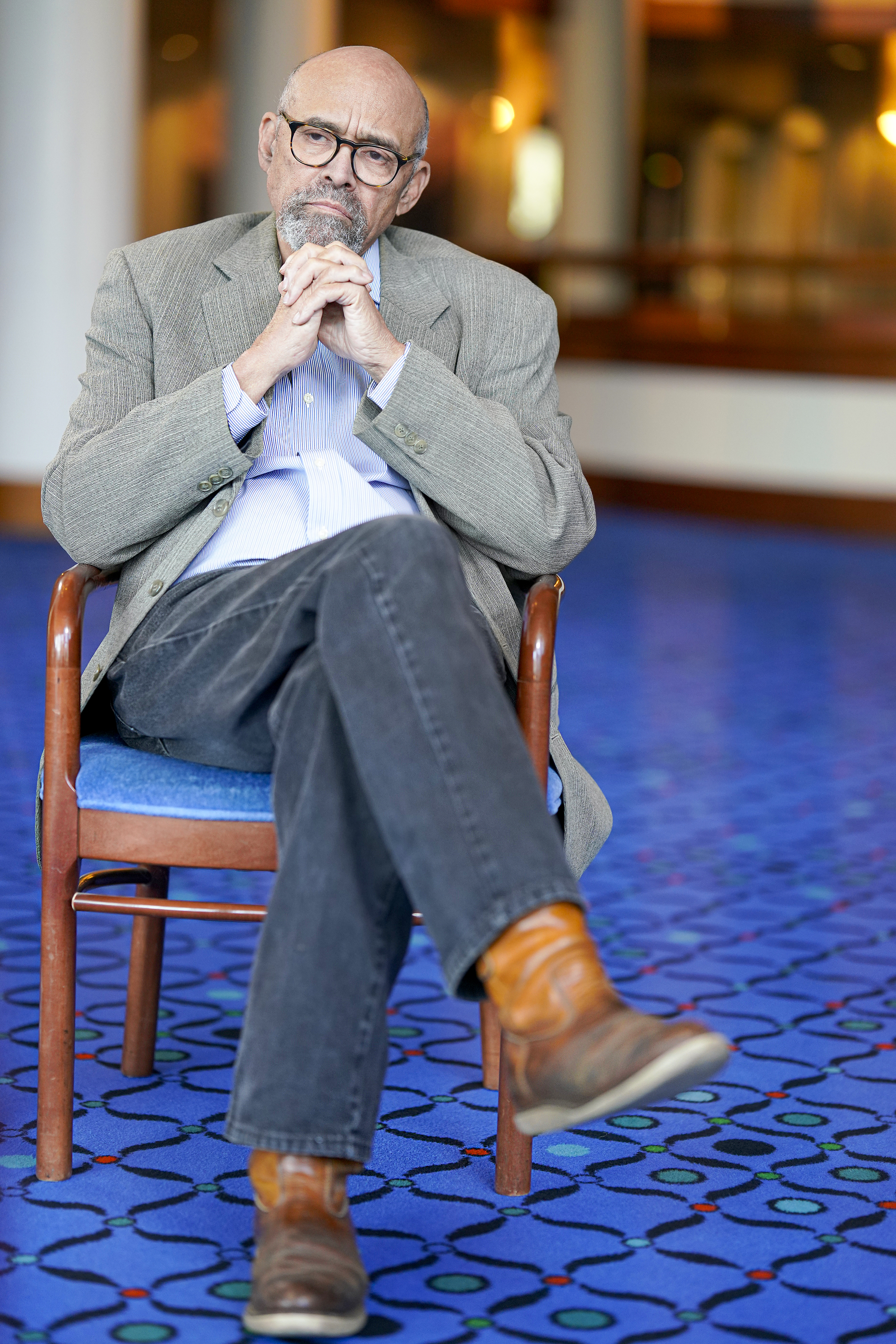 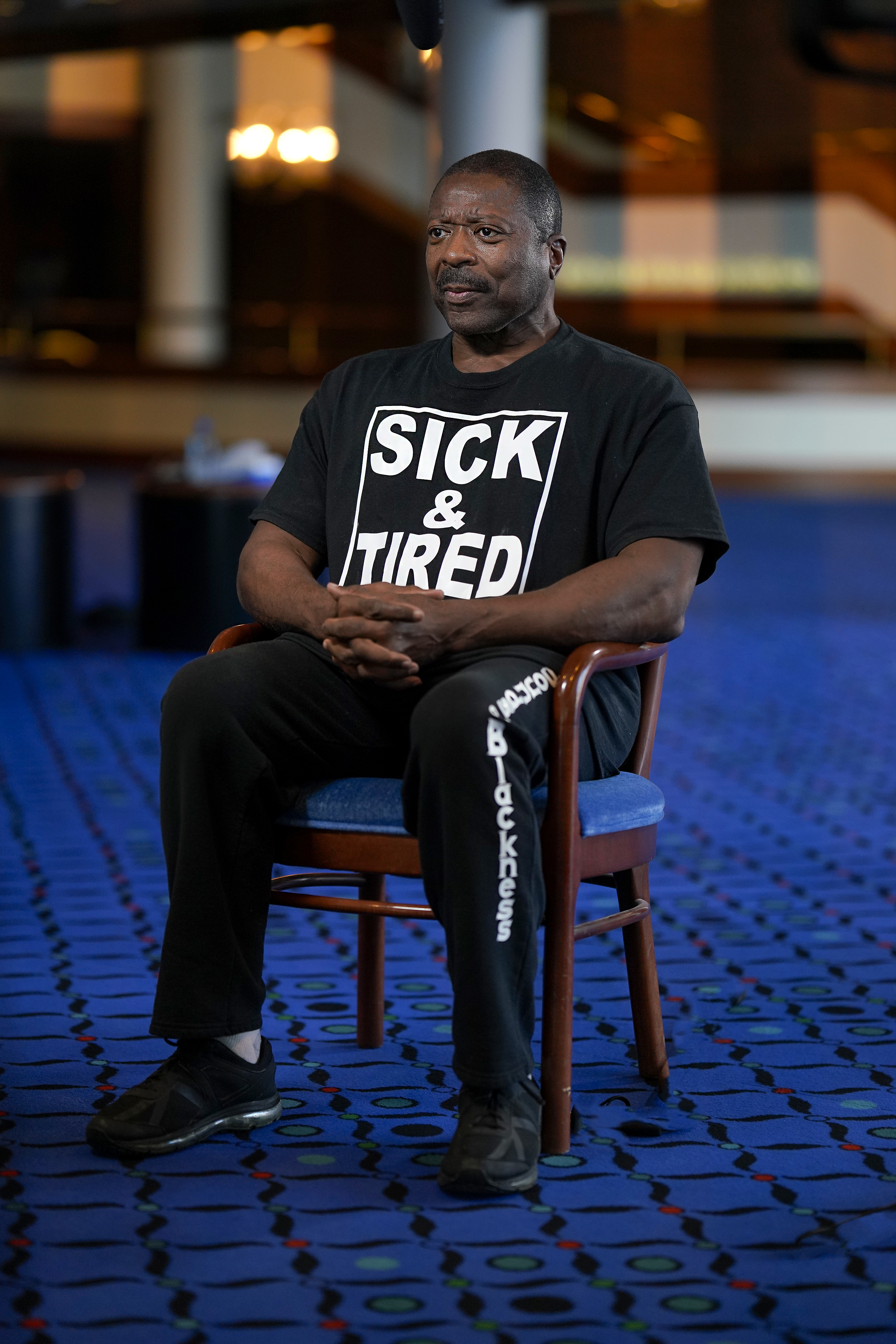 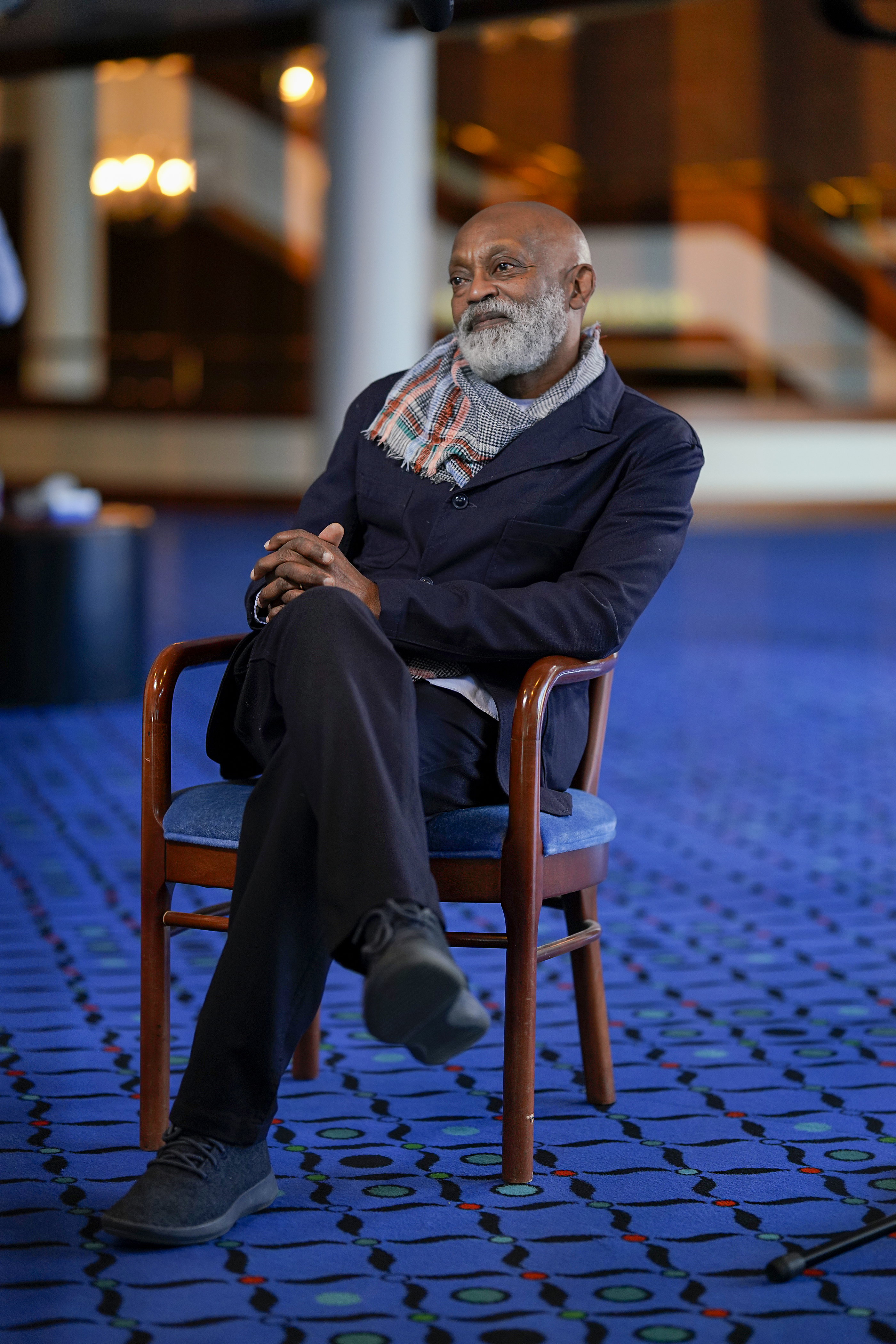 Celebrating 50 years with Sounds of Blackness!

As a special addition to the virtual field trip "The Night Before Christmas," we connected with Director Gary Hines to celebrate the 50th anniversary of Sounds of Blackness. In this interview, he discusses moving from New York to the Twin Cities, the Minnesota history that shaped Sounds of Blackness, the Grammy-winning ensemble's grounding in protest music, and more. 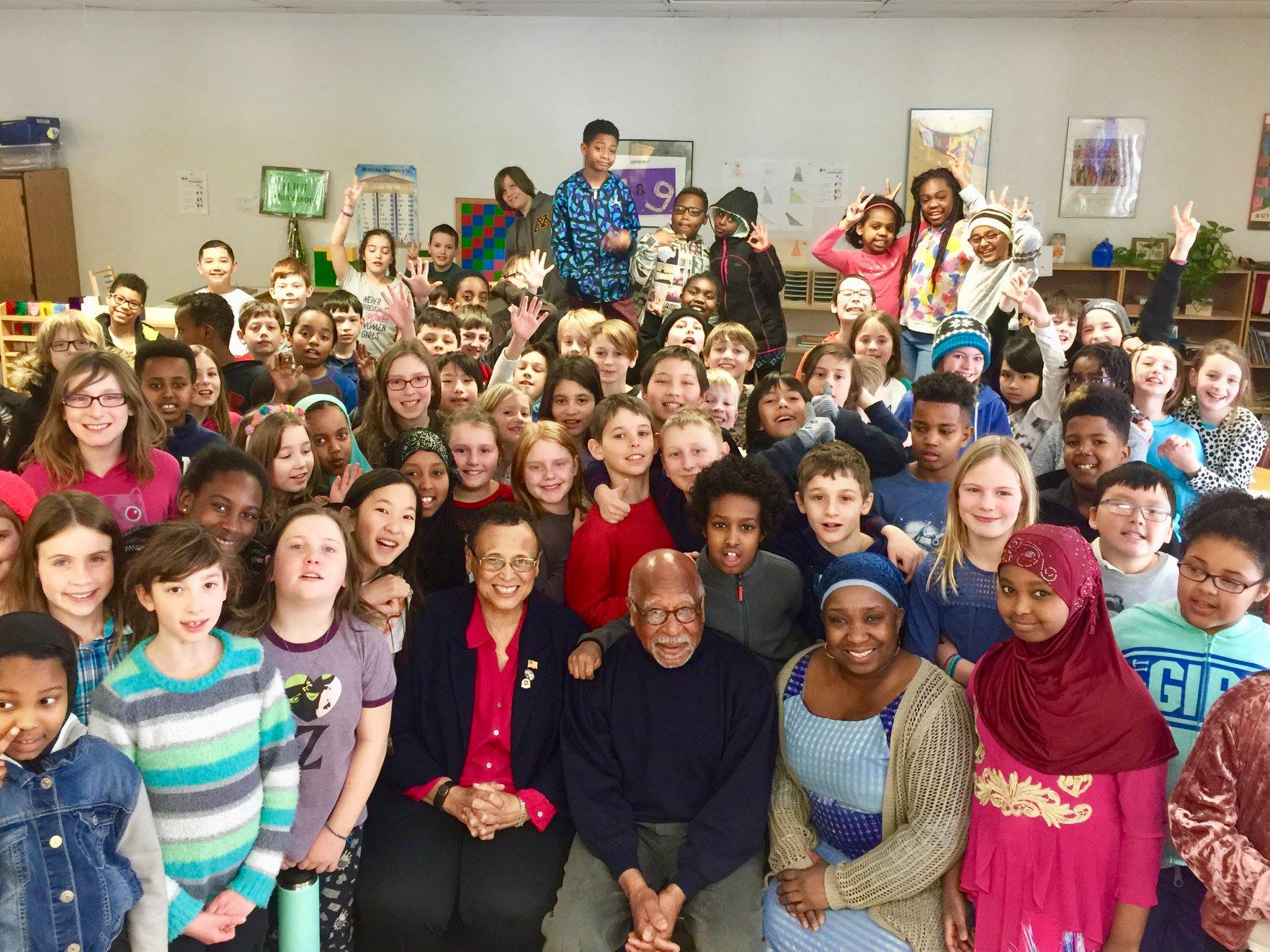 JJ Hill Elementary School learns about the transformation of the Rondo community (2017). Photo courtesy of In Black Ink. 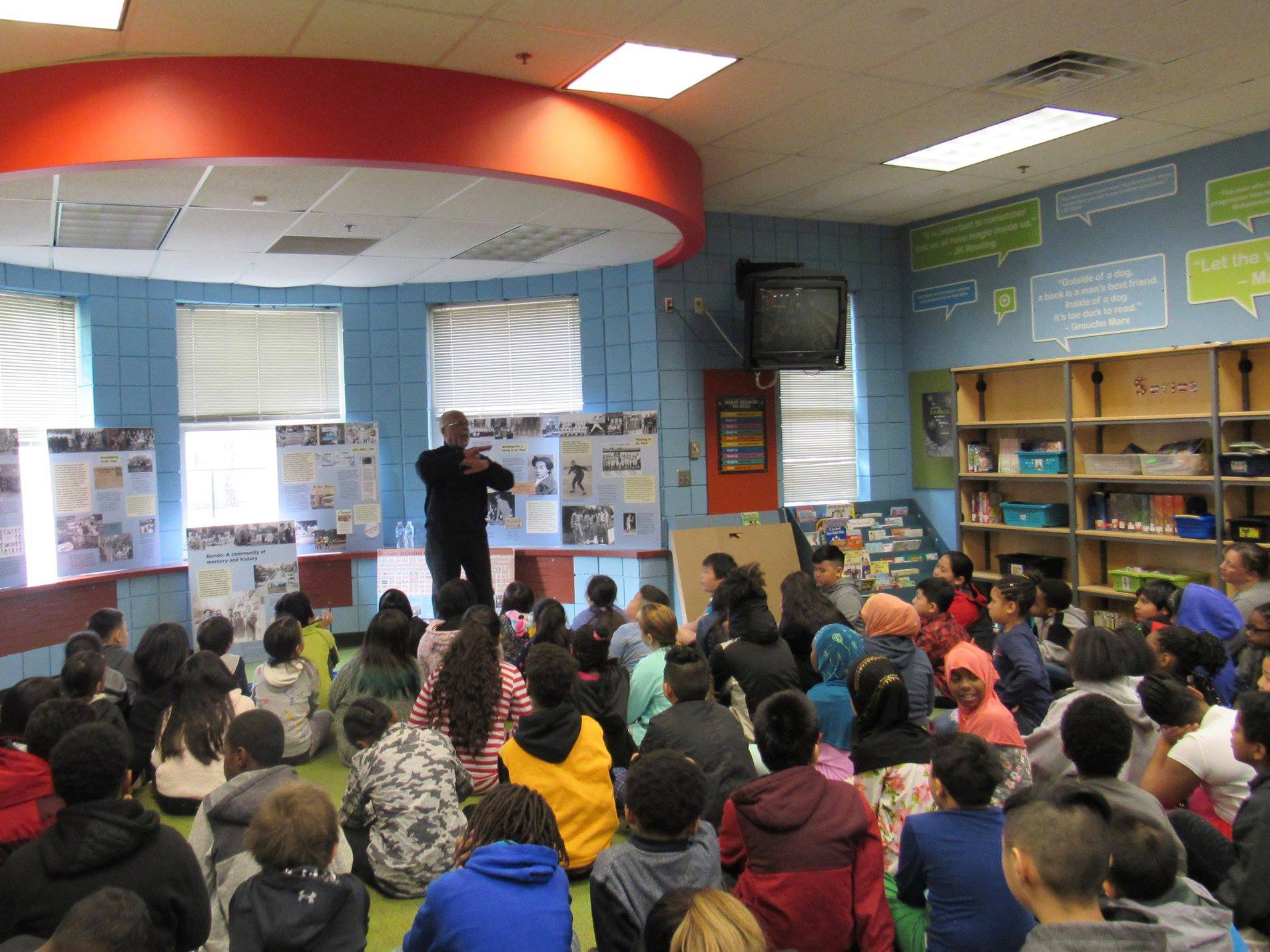 At Jackson Elementary School. Photo courtesy of In Black Ink. 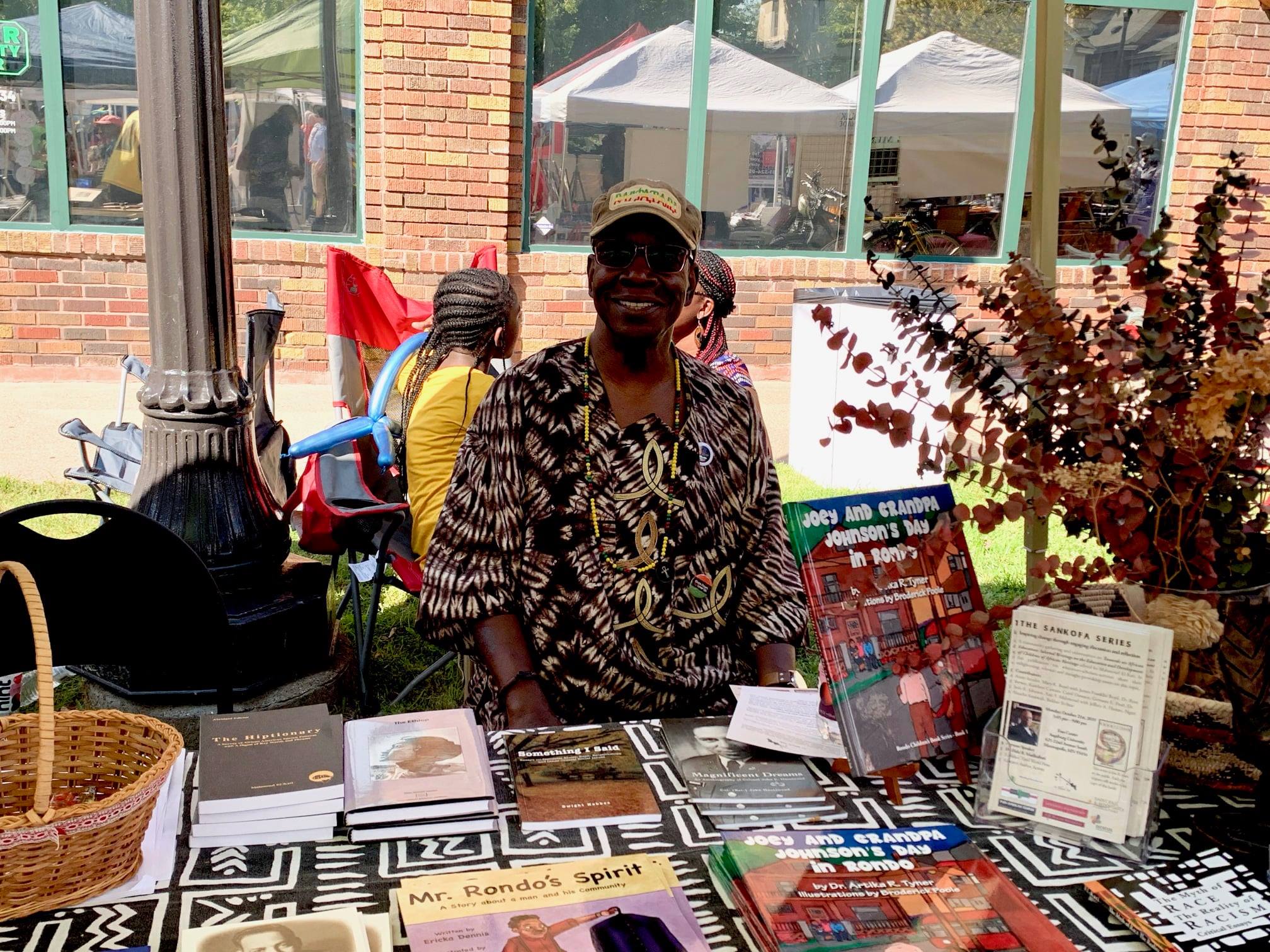 At the Selby Jazz Festival. Photo courtesy of In Black Ink. 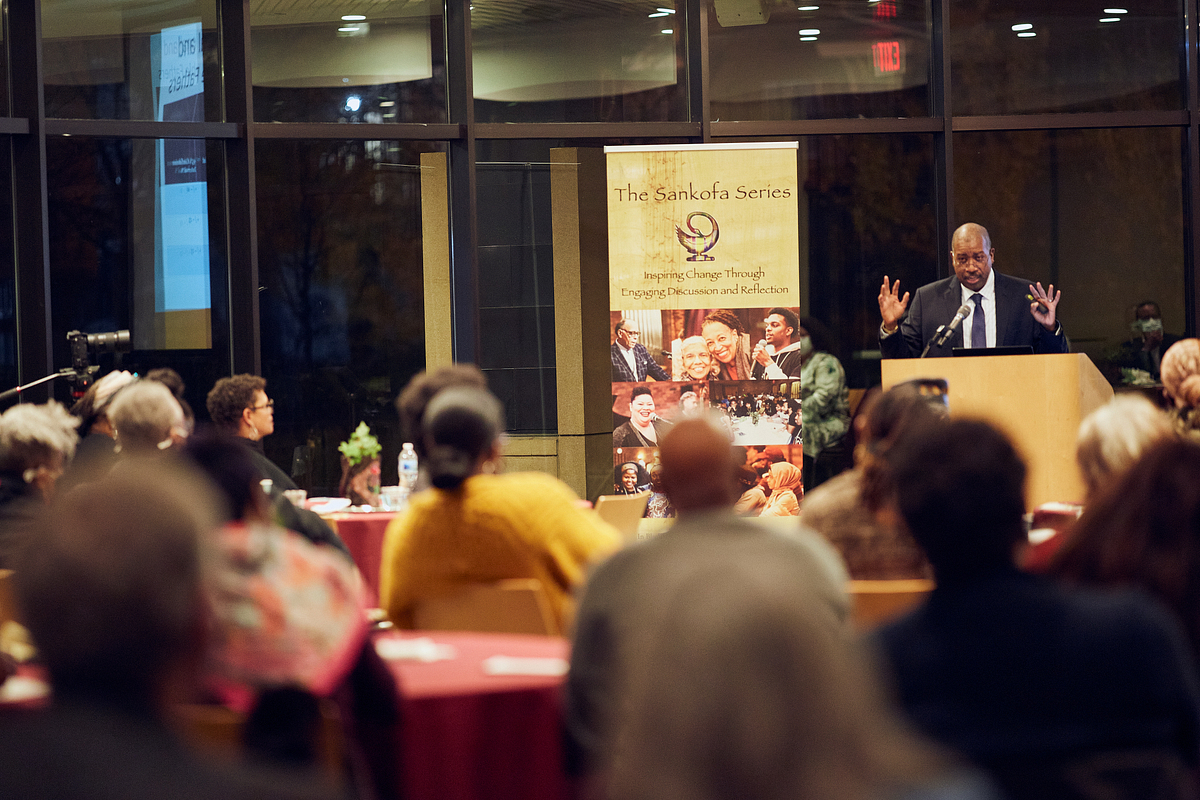 The Sankofa Series. Photo courtesy of In Black Ink.

In Black Ink is a publishing arts initiative that provide opportunities for communities that have been disenfranchised historically, and continue to be presently. IBI’s cultural literacy programming mitigates the damage of economic, educational, and cultural inequities that are the result of past and current prejudice and discrimination.

A presentation of
Major support provided by

Celebrating Minnesota's commitment to the Arts